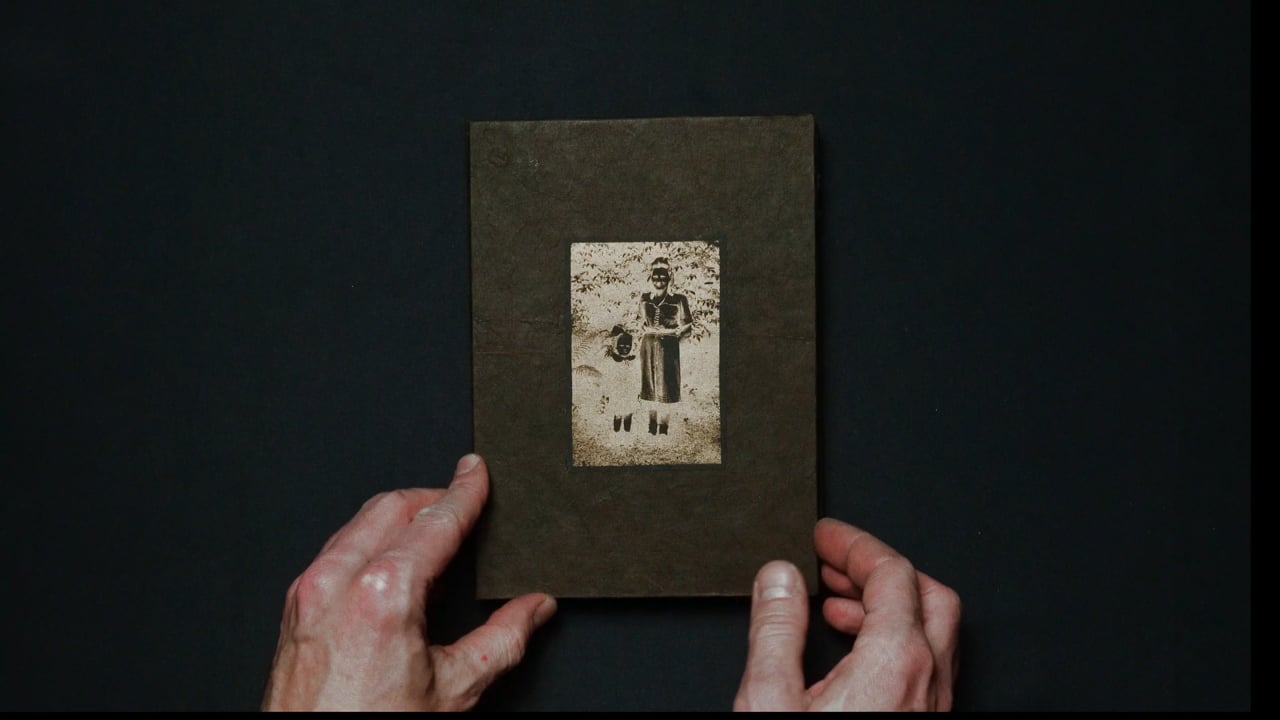 The project is a winner of the BUP Book Award https://blowuppress.eu/pages/bup-book-award

The project is a winner of Reminders Photography Stronghold Grant.

The collectors' edition is printed on Japanese Kozo paper using the gold riso printing technique and cyanotypes and, because of the technique, each collectors book is different. It is boxed in a felt-covered box.

Interview by Colin Pantall on his blog about the book:

The regular version of the book is also published by the Blow Up Press.

I discovered my grandmother was German when I was seven years old. I discovered it when the family was visited by a man with a prosthetic hand, an old friend from her youth. He spoke German. And my grandmother spoke German back to him. That’s when I knew she was German, that my family was made up of people who were the ‘enemy’. I wondered what it meant for me as a child. I still wonder what it means for me now. I’m Polish, but what does that mean. The Polishness of the pre-war years is very different to the manufactured Polishness of now. And what did it mean then, in the years of the Second World War when my German grandmother first fell in love with my Polish grandfather.
They fell in love towards the end of the Second World War in Poland occupied by Germans. It was a forbidden love, the kind of love you could be killed for. And then she got pregnant with my mother..
She hid her pregnancy, was imprisoned in a camp for Germans after the war, and finally gave birth in the most difficult of circumstances, alone. My grandmother couldn’t care for her
child, so they took my mother away from her. She was told to go back to Germany, to join the rest of her family (all of whom had been expelled from Poland), but she refused. She wanted to be with her daughter. And so she stayed, was eventually reunited with her daughter, gained Polish nationality and lived with the guilt of being German in the land that had been most devastated by Nazi war crimes.
This book is the story of my grandmother. It’s the understanding I came to of who she was, and who I am, a story where the happiness of my Polish childhood coincides with the traumas of the Second World War. It’s a story about the shifting sands of national identity, the family secrets we keep, and the way we survive even in the face of the most difficult circumstances. It’s the story of who we are and who we can be, of a Polishness .